A consortium of leading manufacturers from the CCTV and IT industry have combined their resources to develop a breakthrough in CCTV recording and storage. ClearView Communications, IndigoVision, Tandberg Data and United Digital and have developed the ENDURANCE digital CCTV recorder which is the culmination of two years development to create a highly robust system where security and protection of data is paramount. But what led to the creation of this pioneering solution and how can it benefit the CCTV world?

The need to store more data, for ever increasing lengths of time, is symptomatic of our litigious society. There is a rapid growth in CCTV as a tool, not only for security purposes, but as a method of maintaining a record for legal, insurance, financial or health and safety purposes. Examples include: construction companies who want to record contractor activity, deliveries and site progress; police forces that need to record custody suite activity to defend claims which are sometimes made many years after a prisoner is released; and banks investigating fraud and identity theft.

The value of the recorded data has also increased enormously in proportion to its importance in legal and financial proceedings. For example, fraud at ATM machines cost UK banks £35M in 2008. A recording used to provide indisputable evidence reducing litigation time, or negating the need for court proceedings altogether, can clearly be of great value.

Political instability in the world demands extra vigilance as nations try to improve their resilience to terrorist attacks. Part of the response to this need has been an increasing installation rate of CCTV recording systems. Large and security-critical CCTV systems have attendant equipment failure rates that need to be managed as effectively as possible. The goal is to maximise the availability and quality of the video for operational, post-incident and intelligence gathering needs.

One (standard analogue) surveillance camera recording at a rate of 6 images per second will typically produce around 200GB of data per month. A three megapixel digital camera, recording at the same frame rate, will create one terabyte per month. This leads to the creation of terabytes of data that may need to be stored for extended periods. Systems to manage and store this data can become costly. Traditional methods of writing to DVD or storing data on hard disks are expensive and time-consuming. The comparative hardware costs of storing one gigabyte of data are shown below.

Previously, users have simply purchased more hard disks to accommodate the extended recording durations being demanded. But hard disks are relatively expensive and not suited for use as library media. They are also cumbersome to remove and store. The “ENDURANCE” digital video recording system provides the ideal solution to this problem.

The ENDURANCE system archives CCTV recordings from analogue or IP cameras onto LTO-4 tape. Recordings are initially stored on RAID (Redundant Array of Independent Disks) to allow instant access to recently recorded material. A RAID5 configuration is used to protect the initial recording against the possibility of hard disk failure.

The DVR uses an automated tape library to backup and archive recordings. At regular intervals a back-up is made with the Tandberg StorageLibrary T40+ to LTO-4 tape. One LTO-4 tape cartridge can hold up to 800GB of uncompressed data. Scaling from 24 to 114 cartridges, up to 182TB of data can be stored without any human intervention.

When tapes are full, they can be removed from the StorageLibrary and replaced with new tapes. Data can be archived on or off-site (in a vault) for up to 30 years and tapes can be re-used once the data is no longer needed. Storage at a location remote from the recording system can offer greater protection and security of the data. With LTO-4 encryption, the data is protected from view by unauthorised persons. The system’s back-up software, coupled with bar-coded LTO-4 tapes, ensures that an event recorded many years previously can be found and replayed within a few minutes. This solution provides the most cost effective way of storing and protecting large volumes of data.

Redundancy is an important requirement in complex systems such as CCTV, where uptime is maximised through the employment of redundant processes that contribute to a state of resilience. In order to protect against external threats such as network stability or power availability, ENDURANCE utilises its own, separate communications network and redundant power supplies. An uninterruptible power supply (UPS) is used to provide power protection for servers, RAID, network, and cameras. All active components of the CCTV system are protected in the same way to ensure continued up-time in the event of a power failure.

The ENDURANCE system employs a high capacity, high performance switching architecture which incorporates a self-healing mechanism to ensure that any point of failure does not result in a total loss of service. The intelligent routing software identifies which path is the most efficient for each data packet, and then routes the packet to its destination on the fastest path. Each fibre or CAT 6 connection has two routes between any termination point on the ring and the controller – clockwise and anticlockwise.

In the event that a component failure occurs, or is imminent, the ENDURANCE health check monitoring service creates an alert. All systems are continuously monitored including cameras, encoders, RAID, LTO-4 tape library, switches, network, and servers. Physical conditions including temperature; humidity and door status are also checked.

Status conditions are logged using Microsoft Outlook so that the system’s status history can be simply viewed by logging on to an email account. Alarms may be prioritised and sorted according to importance. For example, a hard disc failure may be categorised as Level 1 whilst a UPS battery charge running low could be level 5. Level 1 alarms may be set to activate a physical alarm and send an SMS text message; Level 5 alarms may simply send an email to the maintenance department. The alarm system has LED and audible indicators in addition to email, mobile phone and contact outputs.

Despite its very recent inception, some extremely high security applications in the public and private sectors have already invested in the benefits of the ENDURANCE digital recording system. With one client rolling out the system to around 150 locations, ENDURANCE has truly arrived and is reaping clear benefits to the way CCTV video data is monitored, stored, and archived. Trying to decode and display the myriad of CCTV players now in circulation is a time consuming problem and an unwanted drain on resources for the police and courts.... 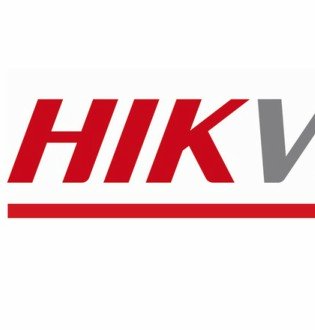 It has been announced that Hikvision, once again, have achieved the highest global ranking in the “Security 50 Ranking and Reports 2017”. Hikvision specialises in video surveillance technology, designing...